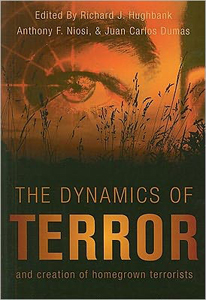 The Dynamics of Terror

Pathologic leaders are capable of using their power, mind manipulation skills, and unchecked authority to manipulate and annihilate others, their own people, and themselves, as the Nazi F:ührer Adolf Hitler, the messianic reverend James Jones, or Osama bin Laden, the leader of the al-Qaeda social movement, have reminded us. But what about the regular guys? Can a person who, in principle is like you and me, become an agent of terror? In the rise of the media age, it is easy to forget that humankind has been subject to the darkness of terrorism for centuries. In a world scarred by tragedies in locations as divergent as Oklahoma City, Blacksburg, London, Madrid, and New York, finding a way to combat terrorism and acts of terror in our own time is of paramount concern. Yet how do a community, a culture, and a world come to understand how terrorists develop? How do we come to terms with the idea that most terrorists and individuals who commit acts of terror are products of the cultures that we live in, rational actors who operate among us, at times undetected until their actions come to their deadly end? The Dynamics of Terror is a series of essays from a group of expert psychologists, sociologists, and military terror experts. By examining the differences between the individuals who engage in terrorist activities, the authors have composed a unified theory of terrorists. These engaging essays will shed light into the minds of terrorists and provide new ways to identify potential aggressors before tragedy occurs. 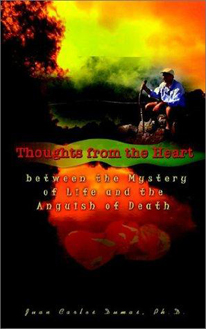 Thoughts from the Heart